This region comprises the Atlantic coast of the Republic of South Africa, from the southwestern tip of the Cape through to and including all of the coast of Namibia.

The Benguela Current system is one of four major current systems at the eastern boundaries of the world’s oceans. These are characterised by upwelling of nutrient rich water, are important centres of plankton production and are rich in fish such as sardine anchovy, hake and horse mackerel. They are highly productive.

In common with other coastal upwelling areas, the Benguela ecosystem is subject to seasonal, annual and decadal natural variation. This natural variation is further compounded by the impact of fishing, resulting in large fluctuations in the abundance of some fish stocks with associated collapses, recoveries and rapid switches in species dominance.

Being bordered at both the northern and southern ends by warm water systems makes Benguela Current somewhat unique among the eastern-boundary upwelling systems. Much of the coast is pristine, except for pockets of urban development and hotspots. Some coastal habitats are affected by pollution from industries, poorly planned coastal developments and near-shore activities.

Harmful algal blooms are a conspicuous feature and appear to be increasing. There is also persistent over harvesting of many commercially valuable species and products such as pilchard, anchovy, rock lobster, and seabird guano. 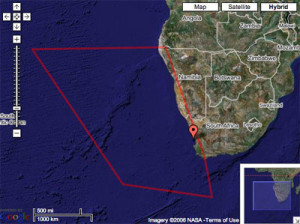