This eco-region comprises the coastal waters of the Australian states of New South Wales, South Australia, Victoria, Western Australia (South of Geraldton), plus Norfolk Island and Lord Howe Island Group.Biodiversity is the term used to describe the variety of ecosystems, habitats, and species found in a region. The waters of this eco-region contain some of the highest levels of marine biodiversity in the world.

A remarkable example of isolated oceanic islands, the ancient and long-isolated Lord Howe Island group in the South Pacific, off the eastern coast of Australia, enjoy a rich diversity of fish and invertebrates, particularly echinoderms. The waters around Lord Howe Island provide an unusual mixture of temperate and tropical organisms, 477 fish species having been reCorded in 107 families (although even this number has been shown to be conservative by at least 10%) of which 4% are unreCorded elsewhere other than in Norfolk Island-Middleton Reef waters.

Sub-Antarctic currents periodically denude the coral reef, but tropical currents support the recolonising process. Coral die-off as a result of polluted groundwater has been reported. These islands boast a spectacular topography, in a humid sub-tropical climate with a mean temperature of 16¬∞C in August and 23¬∞C in February. Lord Howe Island is a World Heritage site. There is more to Norfolk Island and its offshore islands of Nepean and Philip Islands than the museum dedicated to the OHMS Bounty¬π mutineers. Because of the volcanic rather than coral reef origins of the islands, the underwater caves, swim-throughs, caves, arches and walls are covered in a broad variety of marine flora and fauna, in which hard corals predominate.

While the diversity of mangroves, corals and fish dominate the warm tropical waters of northern Australia, the cooler waters of southern Australia contain some of the highest levels of biodiversity for seaweeds, sea grasses, bryozoans (lace corals) and ascidians (sea squirts) in the world.

South Australia¬πs rich diversity of marine life is a result of its 3,700km coastline; it¬πs varying oceanographic conditions of currents, upwellings, gulfs and the wide variety of coastal and marine environments. Southern Australia also contains one of the world¬πs largest marine floras, including about 25 percent of the world¬πs red algae, of which 75 percent are endemic. 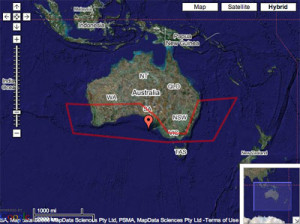