While the diversity of mangroves, corals and fish dominate the warm tropical waters of Australia, the cooler waters off southern Australia contain some of the highest levels of biodiversity for seaweeds, seagrasses, bryozoans (lace corals) and ascidians (sea squirts) in the world. Tasmania lies between latitudes 40¬∞ and 43.5¬∞ south and enjoys a temperate maritime climate. Located on the northern edge of the westerly air stream called the “Roaring Forties” and combined with a mountainous terrain, there is marked variation in climate, particularly in rainfall.

Fishing is an important primary industry and the annual catch includes scale fish, shark, scallops, oysters, abalone, and southern rock lobster. King Island, off the northwest tip of the State, has a thriving kelp industry. It is the world’s largest single producer of alginates, used in cosmetics, foods, medical products, etc., supplying about one third of the world’s requirements. 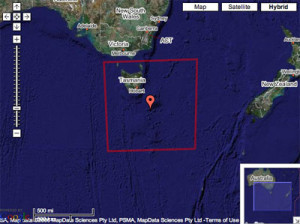