This eco-region comprises Taiwan, Hong Kong and Macau then northeast along the coast and waters of China¬πs East China Sea, terminating at the point where the East China Sea meets the Yellow Sea, at the mouth of the Changjiang (Yangtze) River, just north of Shanghai. It also includes the Japanese archipelago of Ryukyu.The marginal East China Sea is an arm of the western Pacific Ocean bounded by China, South Korea, Taiwan, and the Ryukyu and Kyushu islands. It has rich fishing grounds. The water depth ranges from 200 to 50 m over the continental shelf of the Sea. The marine ecosystems in the Sea are affected by the warm Tsushima Current, which originates here, and by the higher temperature and higher salinity Kuroshio Current to the south.

The shallow coastal waters provide productive spawning and nursery grounds for many pelagic fish. The area is subject to seasonal typhoons and cyclones. The rapid economic development and growing population of coastal China has led to significant increases of wastewater and sewage discharge into the East China Sea. As a result, summer red tide events and toxic algal blooms are on the increase.

The Nansei Shoto Islands are an isolated chain of islands off southwestern Japan, bordering the East China Sea and the Pacific Ocean. This archipelago of exposed tops of submarine mountains is more than 1,000 km long. Because of the unusually high levels of endemism compared with other sub-tropical coral habitats, they have been called the ≈íGal√°pagos of the western Pacific¬π. The isolation has made it possible for unique species to evolve, and the marine ecosystems contain diverse coral reefs that support many endemic fish species and thriving populations of marine birds and mammals. The abundance and diversity of Taiwan’s marine resources have drawn the attention of academics, recreational divers and lovers of the ocean from every corner of the globe.

Situated at the southern tip of Taiwan, The Kenting National Park experiences the famously warm “black tide”, a warm water current that carries such a high level of marine organisms that the surface water takes on a black appearance. When the “tide” reaches the Hengchuen Peninsula, it splits in two, with one part flowing directly into the Kenting area. Kenting is home to some 60 percent of the various species of coral reef to be found in worldwide. However, the coral reefs are under serious threat from a variety of sources. From the effects of typhoons which cause mudslides and siltation; from collateral damage arising from illegal fishing practices; from excessive tourism, with four million visitors each year; from careless recreational divers, and not least from the high-temperature cooling water discharge from a nearby power station.

All of these problems contribute directly or indirectly in the death of various species of coral reef, which are extremely sensitive to environmental changes. Neither has the worldwide phenomenon of coral bleaching, perhaps due to the sudden global rise in seawater temperatures between 1997 and 1998, spared Kenting reefs.

Hong Kong lies on the southern coast of China at the estuary of Pearl River. Though primarily tropical, Hong Kong is affected by the seasonal fluctuations of warm and cold waters and monsoon weather conditions that give rise to a mixture of tropical and temperate forms like corals, sea grasses, fishes and dolphins. The island is home to one of the busiest ports in the world and a large part of its coastline has been used for residential and commercial development.

Fortunately, much of Hong Kong coastline and the diverse marine life still remain. However, these areas are threatened by the impacts of sewage, dredging, dumping, reclamation and other forms of threats such as destructive fishing. In an effort to retain and reclaim its natural environment, Hong Kong has created a number of Marine Parks. Designated in 1996, the parks are small but with a large degree of biodiversity.

The Hoi Ha Wan Marine Park is home to a small mangrove community and a large variety of hard corals.

The Sha Chau and Lung Kwu Chau Marine Park is sited in the open waters on the western side of Hong Kong. The marine ecosystems within this marine park are greatly influenced by the Pearl River freshwater run-off. It is home to a community of Chinese white dolphins (Sousa chinensis).

The Yan Chau Tong Marine Park has seagrass and mangrove habitats and a rich diversity of hard corals. 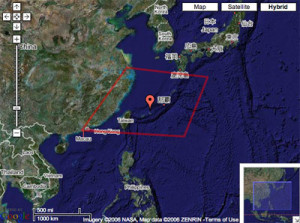