This region comprises the temperate waters and Islands around New Zealand’s South Island. It also comprises the southern part of the North Island, approximately the half that lies to the south of Cape Egmont in the west, and East Cape in the east.New Zealand is made up of two main Islands, North Island and South Island, separated by the Cook Straight. The northern half of the country is influenced by the warm South Equatorial Current, while the southern half is influenced by the cooler West Wind Drift. The marine environment is diverse and includes estuaries, mudflats, mangroves, seagrass and kelp beds, reefs, seamount communities and deep-sea trenches.The marine systems here support a rich diversity of aquatic plants, fish, bivalves, and marine mammals, including sperm whales and a diverse community of dolphins and smaller whales.

The shelf surrounding New Zealand varies in width from 150 km in the northeast and southwest, to 3,000 km on the northwest and southeast plateaus and the region is considered moderately productive. Approximately 8000 marine species have been identified in New Zealand waters, including 964 species of fish, 2000 species of molluscs (snails, shellfish, and squid), 400 species of echinoderms (urchins and starfish), and 900 species of seaweed.

New Zealand’s coastal waters and habitats are generally held to be of high quality by international standards, but they are under stress in some areas, particularly near large estuarine towns and cities and the mouths of large rivers. Estuarine and marine ecosystems are also threatened by the invasion of exotic non-native species.

The natural beauty of New Zealand’s rugged South Island is not restricted to the land. The underwater realm provides a variety of diving experiences, In the Southland region, as mountains spill into fiords and sheer walls drop to sandy bottoms, temperate, subtropical, deep and shallow water species all co-exist in the region because of the fresh water layer and the limited temperate range.

From Invercargill and Stewart Island to the Fiordland National Park, extensive kelp beds, weeds, sponges, habitats rich in marine biodiversity play host to, among others, dolphins and fur seals. The Otago region, set between the Southern Alps and the Pacific Ocean is where you will find some of New Zealand’s most varied scenery, wildlife and architecture. More importantly for the diver, this part of the Pacific Coast is alive with seals, penguins and large colonies of migratory birds.

On the tip of the Otago Peninsula at Taiaroa Head is to be found the only mainland breeding colony of the most magnificent of sea birds – the Royal Albatross. At Kaikoura ¬≠the name means “feast of crayfish” in Maori – on the east coast and to the north of Christchurch, there is an abundance of marine mammals and fish life thanks to a deep underwater trench. The sea floor drops off sharply 1.6 kilometres from shore, forming a wall of the Kaikoura Canyon. Nutrients from the trench are forced to the surface, building a food chain to feed seals, schooling fish, diver friendly dolphins in pods of up to 1500, Orcas and the mighty sperm whales that are residents year round. 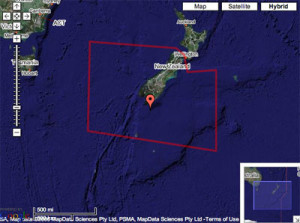