The island that is Iceland rises from the crest of the mid-Atlantic ridge, where the European and American continental plates are moving apart, causing the formation of oceanic crust. This is the reason that this area is the most geologically active in the world.

The Ocean currents move in a clockwise spiral around Iceland. The North Atlantic Current begins off the North American Grand Banks, where the Gulf Stream begins to fork. It consists of northerly and easterly currents terminating in subsidiary currents. One of the major subsidiaries is the Irminger Current that flows westward off the southern coast of Iceland.

Another is the Norwegian Current that flows beyond the Norwegian Sea into the polar seas. These and other subsidiary currents separate the relatively warm and saline waters of the Atlantic from the cold, fresh Arctic waters of the Iceland Sea and Norwegian Sea to the North and Northeast. The Icelanders have a heavy economic independence on fishing, and key commercial species include cod, redfish, haddock, halibut and more recently, deepwater shrimp.

Overfishing remains a problem, but otherwise these waters and coasts are pristine. For the average recreational diver, diving in Iceland might not immediately appeal. However, Iceland has at least 2 diving sites that are unlike anything else anywhere. One is Silfra a crack in the earth between the European and the American plates. Year round diving in crystal clear water at a relatively constant temperature of 1-3¬∞C is possible here. And for warm water diving (well, relatively), try Str_tan, a thermal chimney in Eyjafjordur where hot spring water rises from 70 metres up to 15 metres.

Like Iceland, fisheries are a significant part of the Norwegian economy, with fish products being exported to over 150 countries. The fishing and aquaculture industries employ some 33,000 people in the 500 fish processing plants and many fish farms along the North Norwegian coast. Of these, fishermen at sea represent almost half. (45%) General threats to this are arise from overfishing and pollution from Norway¬πs offshore oil industry, and the risk of oil spills in Norwegian waters. Poor weather and substandard ships have caused groundings and losses. 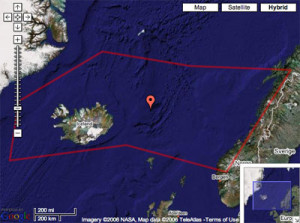