This eco-region comprises the coastal waters of the subtropical Chilean regions (regiones) V to VII (5 to 7).

A current of cold Antarctic water known as the Humboldt (or Peru) Current flows from the southern tip of Chile, northwards as far as Peru, then turns west and leaves the coast. This causes an upwelling of deep, nutrient-rich water to rise up along the coast, creating perfect conditions for abundant plankton and an extraordinary variety of marine mammals, seabirds, and fish. The current is slow and shallow. The cool sea waters contrast with the warmer, on-shore, sub tropical temperatures.

The waters of this eco-region teem with huge schools of small fish, mostly pelagic, such as anchovies, sardines and jack mackerel. These small creatures are the basis for the eco-region’s food chain that other species rely on, including Chilean dolphins and Burmeister’s porpoises. Both the endangered Humboldt and Magellanic (Spheniscus magellanicus), penguins benefit from the current and are often mistaken for each other. A number of species of turtles, including the leatherback and loggerhead, can be found throughout the region, as are southern sea lions (Otaria flavescens) and South American fur seals (Arctocephalus australis).

For scuba divers who are also interested in ornithology, the air is filled with the sharp calls of seabirds such as Wilson’s petrels, flesh-footed and sooty shearwaters, and grey and red-necked phalaropes. Inca terns will dive to catch anchovies.

When the climatic phenomenon El Ni√±o comes to the area every few years, the ocean grows warmer and the surface layer of water becomes more dense. It is then difficult for the Humboldt Current to maintain its typical upwellings, and the water becomes less nutrient-rich. Fish and wildlife populations can collapse when an El Ni√±o changes wind and temperature patterns. This makes marine life vulnerable to intensive fishing practices, with overfishing leading to a loss of biodiversity. These events have also led to sequential changes, where sardines and anchovies have replaced each other periodically as the dominant species in the ecosystem.

Although the Galapagos Islands are on the equator, well to the northeast of the region, the effect of the cold Humboldt Current is felt there, despite the great distance. The marine ecosystems of the Gal√°pagos Islands, like the terrestrial ecosystems, include a diverse flora and fauna, with high levels of endemism, an unusual phenomenon for marine communities.

A large number of rare and endangered species are to be found, including green turtles (Chelonia mydas), flightless cormorants, and marine iguanas. The sea and its currents are a prime factor affecting climatic conditions in the islands.

Water temperatures show immense variety depending on the time of year and geographic position. The El Nino current affects the Galapagos with a flow of warm water southwest from the Panama Basin. This does not happen every year, but it is a regular cause of disruption to the seabirds that depend on the cold waters for fish.

Various forces – the equator, the diversity of currents, the surrounding waters and changes in elevation – all contribute to a variable and sometimes difficult climate. It also makes for a vital element in the complex world of the Galapagos Islands, with their two distinct seasons. 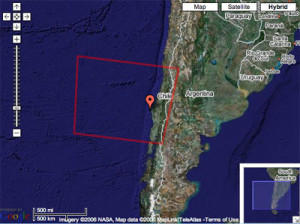