Indicator species in this region

This ecoregion comprises the continent of Antarctica, plus Bouvet Island, the French Southern Territories and Heard and McDonald Islands.Antarctica is the fifth largest and most isolated of our planet’s continents, and an extreme environment for all life forms, particularly human! It is asymmetrically centred on the South Pole and almost entirely within the Antarctic Circle. Diving in these remote polar waters is possible, and those who are fortunate enough to do so will find that the rich marine life of Antarctica is incredibly diverse: sea slugs, sea cucumbers, fish and marine mammals are abundant. In addition to the sights of the region, such as the wonderful ice formations of icebergs, there are also the underwater sounds of this frozen continent. Important with all diving activities, even more important here, you must always be certain that you are in skilled, professional hands when you venture into the unknown and that you are suitably technically qualified.

Marine biologists have long had a fascination for Antarctic biota ¬≠ the combined flora and fauna of the region. Despite the extreme cold – and despite being considered to be a low-productivity marine ecosystem due to limited light penetration and the cold – the Antarctic benthos is surprisingly diverse and extraordinarily beautiful. Whilst there is much that is familiar, the isolation and hostile environment means that several groups of flora and fauna are restricted to this southernmost part of the planet.

Many areas enjoy a very productive water column, which provides a rich source of sedimenting organic matter for both bottom feeding and suspension-feeding animals. The upwellings and cold-water currents flowing around Antarctica release large quantities of nutrients that cause plankton blooms. This gives rise to diverse community of bottom feeders and their predators, phytoplankton, zooplankton, fish, squid, seals, whales, and birds.

The marine ecosystem in areas of the ocean covered by seasonal ice is dominated by Antarctic krill, a small shrimp-like crustacean. The krill swarms are seasonal and much of the food chain depends on them. The species found at this latitude have developed sophisticated mechanisms for survival under very cold conditions.

The Ross Sea is an arm of the Southern Ocean, between Victoria Land and Marie Byrd Land and where the sea extends further south than at any other point. It was discovered by the British explorer, Sir James Clark Ross, in 1841. Ross Island with Mt. Erebus, an active volcano, is in the western part of the sea; Roosevelt Island is in the east. The Ross Sea’s southern extension is the Ross Ice Shelf, a great frozen area whose 400-mile seaward side is the source of huge icebergs. McMurdo Sound, on the western side of Ross Sea, is usually free of pack ice in late summer and has been the most important staging point for exploration and scientific investigation.

The Norwegian dependant territory of Bouvet√∏ya ¬≠ or Bouvet Island ¬≠ is an inhospitable volcanic island that lies some 1,600 km south west of the Cape of Good Hope, on the southern extremity of the Mid-Atlantic Ridge. Uninhabited, it is now rarely visited since sealing and whaling ceased in the Southern Ocean. The island is permanently covered in ice several hundred feet thick. It was made a nature reserve in 1971.

The French Southern Territories – more correctly called ‘Territory of the French Southern and Antarctic Lands’ – consist of two archipelagos: Iles Crozet and Iles Kerguelen, and two volcanic islands: Ile Amsterdam and Ile Saint-Paul. There are no permanent inhabitants, but they host a number of researchers studying the native fauna. The Antarctic portion consists of “Adelie Land,” a thin slice of the Antarctic continent discovered and claimed by the French in 1840. The 20 small mountainous islands of Crozet are a home to seals, king penguins and other birds, as well as some research scientists. France has designated the islands a national conservation area. The mostly barren islands are subject to low temperatures and long winters although the climate is mitigated somewhat by maritime influences.

The Australian Territory of Heard Island and McDonald Islands lies about 1500 km north of Antarctica and over 4000 km south-west of Australia, near the meeting-point of Antarctic and more temperate ocean waters. The islands are an undisturbed habitat for sub-Antarctic plants and animals, and were declared a Marine Reserve in 2002. 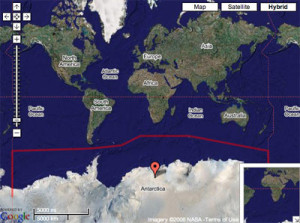