We need to prioritize ocean conservation before it’s too late

There are many challenges that are top-of-mind when we think about ocean conservation. And science is perhaps the most crucial part of decoding these challenges. It underlies a lot of the innovation we need to save the ocean. However, while science underlies many of these solutions, scientists aren’t the only perspectives we need. From storytellers like filmmakers to event planners and educators, we very much need multiple perspectives to spurn effective solutions.

The most urgent challenges in ocean conservation

EarthX’s event largely focused on four key topic areas, which encompass many of the most urgent challenges in ocean conservation:

While these issues are well-known and many experts work to tackle them, certain human actions are setting us back. For instance, the Great Barrier Reef has suffered a number of bleaching events.

Additionally, while members of the public and private sector alike have tried to reduce ocean pollution, reportedly “more than 8 million tons of plastic are dumped in our oceans every year.”

EarthX founder shares the ethos behind his team’s 2020 event 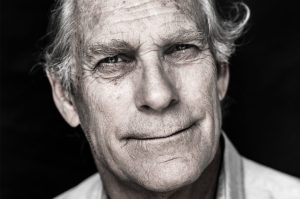 Sure, you could read about ocean conservation from digital sources and learn a small handful of ocean conservation statistics. But EarthX founder Trammell Crow‘s philosophy is that there’s no better way to encourage conversation than to bring a variety of perspectives together through an event.

And as a former businessman, he knows that collaborating with aligned organizations can be crucial.

“EarthX and EarthxFilm have worked with many people with the National Geographic Society in years past most notably Sylvia Earle. We were pleased to partner with them on Ocean’s week and other events in 2020,” Crow tells me in an email.

“This year’s conferences included many sources and people from National Geographic Society all working for a positive result in furthering our actions.”

And that’s no exception for Fabien Cousteau, whose grandfather Jacques-Yves Cousteau inspired him early-on.

“The best education comes from those who have built the knowledge and wisdom before us. I had the unique opportunity to learn so much being in the field with pioneers such as my grandparents and those who were part of the crew of Calypso and Alcyone,” he tells me in an email.

“The most valuable fundamental lesson I learned growing up: Ocean is life. No ocean, no life. No healthy ocean, no healthy future,” he adds.

A simple but important message indeed. But it’s one that motivated Cousteau greatly to pursue ocean conservation and documentary filmmaking. Today, he uses them in tandem to make sure everyone knows it should be a priority.